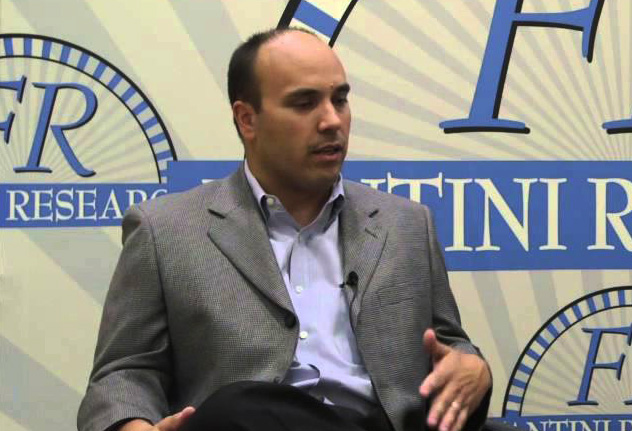 Eyes on the Industry By GGB Staff

The name of Todd Eilers is familiar to most professionals in the gaming industry, particularly as a partner in the Eilers-Fantini Quarterly Report, a comprehensive snapshot
of the industry’s slot sector.

But Eilers’ prominence among financial analysts of the gaming industry goes well beyond the popular quarterly slot report. Eilers earned his stripes as the head gaming
analyst for Roth Capital, a boutique investment bank based in California—a role he developed for himself after coming upon gaming by pure chance.

After Eilers graduated from the Air Force Academy in 1997, he earned his MBA from
Loyola Marymount, completing his education as his military commitment ended in 2003. With investment banking as his goal, he perused entry-level positions before being hired by Roth as an associate to the head gaming analyst. Within three years, he took over the head gaming analyst post at Roth.

But the key turning point in his career came when he met gaming analyst and journalist Frank Fantini. “I decided to conduct a slot survey in 2009,” Eilers recalls, “to better understand the purchasing habits of casino operators and to see if I could uncover some emerging technology trends in the marketplace. After getting the project off the ground, I decided to partner with Fantini Research to improve the distribution and participation levels.”

Partnering with Fantini, whom Eilers says is one of the most influential people in his career, would catapult the survey into the industry’s largest quarterly slot survey, covering around 250,000 machines or approximately a quarter of the North American market. The report has garnered an impressive reputation in the short time it has been published, and is now one of the principal sources of information of investors and operators alike.

The popularity of the Eilers-Fantini Quarterly Report gave Eilers the juice he needed to break from Roth and form his own firm, which he did last December, founding Eilers Research as a boutique gaming technology research firm.

“Our primary goal at Eilers Research in the short and long term is to be the leading provider of both market and equity research for the gaming technology sector,” Eilers says. “There is a large number of investment banks and consulting and advisory firms that are primarily focused on the casino operators within the gaming industry. That is
not our focus. We are focused strictly on gaming equipment, technology, and interactive gaming. We believe this focus allows us to better understand the marketplace and to better serve our corporate and investor clients.”

With the emergence of iGaming, and the moves by slot manufacturers into a multi-channel environment, it’s a good bet the growth of Eilers Research is only beginning.