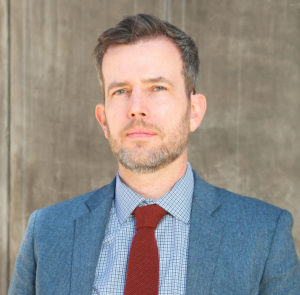 Grove has been cited by lawmakers, regulators, and major media outlets such as the New York Times, the Washington Post, ESPN, and the Wall Street Journal. A full list of credits and appearances follows below.

Prior to his work in gaming, Grove was a coach of national championship collegiate speech and debate teams at Bradley University, Illinois State University, and Western Kentucky University. Grove was inducted into the National Forensic Association Hall of Fame in 2001.

Grove earned his B.A. and M.A. in Communications from Illinois State University and currently lives in Las Vegas.

Click here for a print-quality version of this photograph.